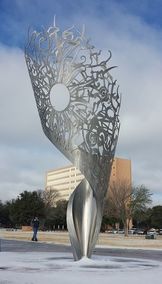 Roger Stoller is an award-winning bay area artist with works in permanent collections of individuals and organizations all over the country.  Coming from a strong design background, Stoller's ongoing production includes public art, fine art works and applied art commissions [functional works]. Studio methods range from bronze casting & stone carving to 3-D computer modeling & waterjet cutting, combining the best of old world craft with modern technology. I began working with Roger Stoller in November of 2012, and have been involved throughout the fabrication process of numerous public projects  including final finishing, welding, chasing, and attachments. Some of these projects include "Cloud Forest," at the Mitchell Library in Palo Alto, CA; "Vibrant River," a 4 story stainless steel wall piece installed at the Ford Center in Evansville, Indiana;  and "Sunhelix," pictured to the left, installed at San Angelo State University in San Angelo, Texas. 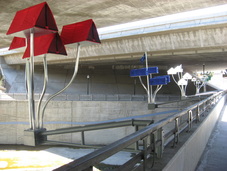 Lead artists Robin Lasser & Marguerite Perret along with myself, Bruce Scherting, James Stone, Keay Edwards and Sasha Vermel, created twenty-one miniature disaster relief tents which were cantilevered off the guardrail gracing the bridge that crosses over the Guadalupe River in San Jose, CA.  The project was commissioned by the City of San Jose Public Art Program in collaboration with the  ZERO1 International Biennial, and was a representation of the depletion of local wildlife in the city.  My primary responsibilities included technical design and engineering of the cantilever system, design and fabrication of tent armatures, installation, and maintenance. Check out the full website at: http://www.afloatingworld.com 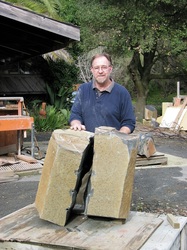 David Middlebrook is an internationally known  artist who specializes in  large-scale public and private works, primarily in stone, bronze and aluminum, which illustrate man's impact on his environment.  I worked as David's lead fabricator and technician from 2005 - 2015, and have assisted David with installations in: Milwaukee, WI; Bordeux, France; Palm Desert, CA; Miami, FL; Sunol, CA; and Los Angeles, CA among others.  I have also assisted with gallery shows in New York, Wisconsin, Nevada, Oregon, California as well as a number of private commissions.  During my work with David, I have been heavily involved in all aspects of studio work, including mold-making, metal casting, stone shaping and polishing, mechanical attachments and mechanisms and technical engineering. 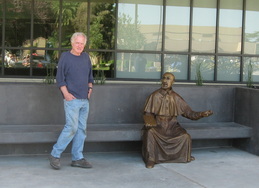 Jerry Smith creates representational, figurative sculpture for galleries as well as life-sized commissions.  I have assisted Jerry with the creation of two life-sized statues at Bellarmine College Preparatory High School in San Jose,CA, and a 6' x 4' paneled wall sculpture which was installed at Santa Clara University School of Law in March 2011. I have also assisted Jerry with a number of smaller sculptures which have been shown in galleries in both California and Nevada.  In my work for Jerry, I am typically responsible for casting and finishing of small-scale work, as well as technical assistance, casting, fabrication and finishing of his larger work. 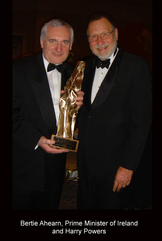 ﻿﻿﻿﻿﻿﻿﻿﻿Harry Powers is an internationally know artist specializing in bronze and aluminum sculpture.  My primary involvement has been with Harry's creation of the Spirit of Ireland award, a trophy annually awarded to an Irish-American individual who has made significant strides in securing the sister-city relationship between San Jose, California and Dublin, Ireland.  I have been primarily responsible for mold-making, metal casting, welding, and polishing the awards since 2006.  In addition, I have assisted Harry with mold-making, casting, welding, and fabrication of a number of other projects including an installation at the Sonoma Community Center and a One man show at the Triton Museum of art in Santa Clara, CA 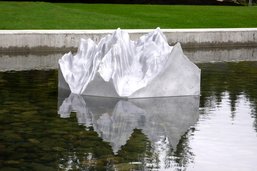 Lead artists Peter & Sue Richards conceived this project of five scaled down mountains of the Olympic range made of aluminum, which fit on top of basalt columns within pools of water at the Penninsula Community College in Port Angeles, WA.  I was involved with all aspects of the metal casting and fabrication of the five mountain ranges including gating, casting, welding, and finishing.